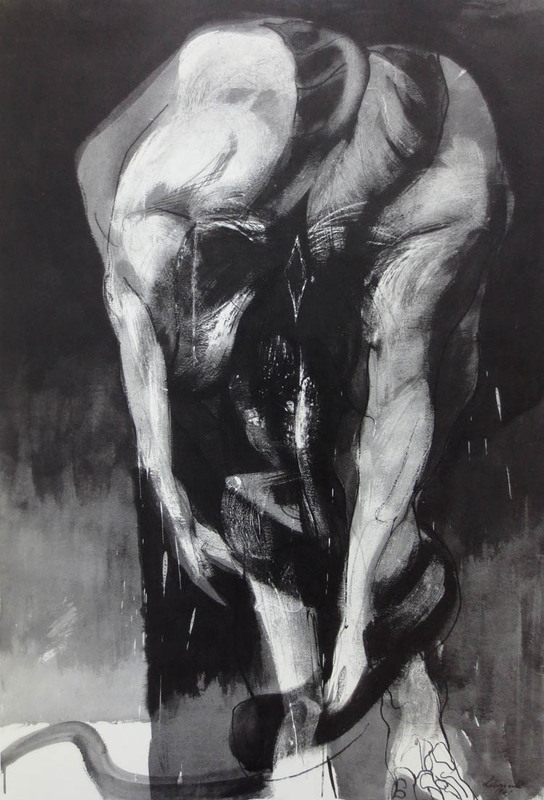 Rico Lebrun was an Italian-born, American artist who is primarily known for his fresco and mural works. Late in life, he turned toward sculpture as well as completing work on his illustrations for Dante's Inferno. Lebrun concentrated on man's inhumanity to man and filled his works with "creatures of darkness," which nevertheless expressed an incandescent hope for a resurrected humanity. This artistic philosophy blended well with Dante's text.

For the last hundred years or so, most English readers of Dante have first become aware of him in those oversized, now flaky, brown volumes that contain the Doré illustrations. Because of the popularity of those volumes, Doré has become fixed in many minds as something like the official illustrator of Dante: mention the Inferno, and an English reader is likely to visualize exactly those dark Gothic landscapes with two hooded figures in the foreground, and the rest of the composition thronged by classic nudes, the men as muscular as Laocoön, the women voluptuous enough for a Sabine raid. The trouble is Doré did not understand Dante. Nor was he alone in that: Botticelli tried to illustrate Dante and came up with sketches so curlycued and rhythmically lilting that they might do for midsummernight's dance of fairies. Both men did what they understood how to do without taking the happy trouble to understand Dante. . . . it is only Rico Lebrun who succeeds in giving me a graphic Inferno, a series of interpretations that clearly declare their authority as graphic conceptions while faithfully rendering a sense of Dante. For -- despite all our habituated misunderstandings -- Hell is not a Gothic cave, nor is it a festival of dance rhythms, nor is it a series of monkish miniatures. It is a concept.

This is a limited edition of 2000 copies, each containing four original lithographs.