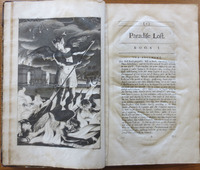 The exhibition of over 130 books, manuscripts, and prints, drawn principally from the library's Special Collections, is concerned less with the literary merits of the great standard classics, than it is with the text as cultural icon, offering insight into the question of what becomes a classic most, and why. The establishment of the Great Books Program at UWM is the most recent affirmation that certain works in the western tradition have moved far beyond their original literary intent, becoming symbols of cultural identification and reliquaries of the collective western consciousness. The exhibition examines some of the high spots of the western literary canon. It explores the foundations of their iconographic standing, demonstrating how they arrive at this status through a variety of means, and not always on the basis of their literary worth. The exhibition gives special focus to how printers, publishers, editors, illustrators, and translators have used the icon of the classic text as a venue for their own agendas.

Represented in the exhibit are ancient texts, from the Bible to the works of Greek and Roman writers, such as Homer, Aristophanes, Virgil, and Ovid; the work of medieval and early renaissance authors, such as St. Augustine, Dante, and Chaucer; titles from the early modern period such as the works of William Shakespeare, Edmund Spenser's The Faerie Queen, and John Milton's Paradise Lost; and works from later modern authors, including James Fenimore Cooper's The Last of the Mohicans, Harriet Beecher Stowe's Uncle Tom's Cabin, Nathaniel Hawthorne's The Scarlet Letter, and James Joyce's Ulysses.

Examples of materials on display include Aldus Manutius's 1502 production of Ovid's Metamorphoses, featuring Aldus's innovative and newly-introduced italic typeface; a 1516 polyglot psalter that includes the first biographical sketch of Christopher Columbus and an account of his discoveries; rare copies of the second (1632) and fourth (1645) folio editions of the works of William Shakespeare; the first illustrated edition of Milton's Paradise Lost (1688), as well as the sumptuous 1937 Golden Cockerel Press edition with original wood engravings by Mary Groom; the Limited Editions Club production of Aristophanes's Lysistrata with original etchings by Pablo Picasso (1934); the first printing of James Joyce's Ulysses in "The Little Review" (1918), along with original letters from Joyce, Ezra Pound, and Sylvia Beach from the UWM Archives' records of The Little Review, and the 1935 Limited Editions Club production of Ulysses with original copperplate etchings by Henri Matisse, one of only 250 copies signed by both the author and the artist. Also featured in the exhibition is the beautifully rubricated 1473 edition of St. Augustine's De civitate dei (City of God), printed by Gutenberg's successor Peter Schoeffer. This copy was placed on loan from Whitefish Bay Public Library at the Golda Meir Library's Special Collections until 1999 to provide an appropriate environment for preservation, and to ensure secure access to the volume by students and scholars. It was acquired by Marquette University, Milwaukee, in March 1999.