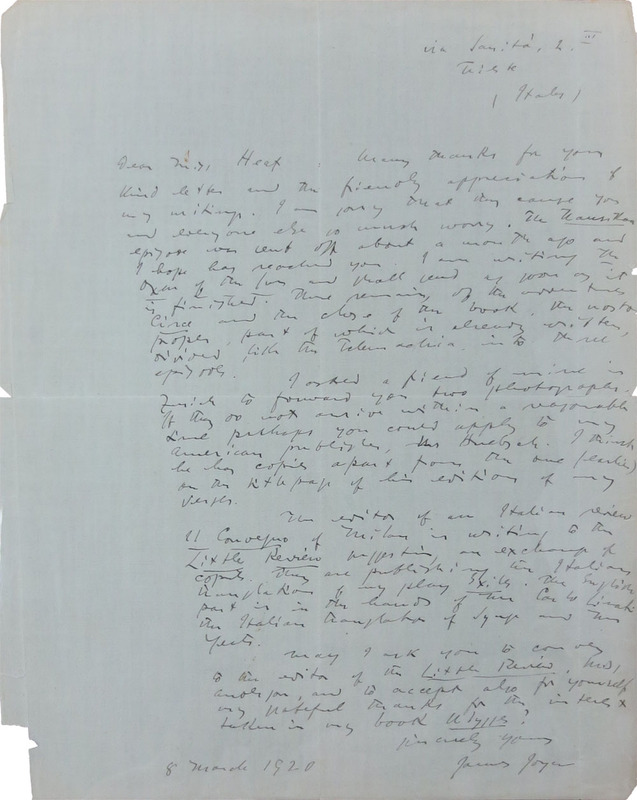 
Although he continued to submit episodes of Ulysses, Joyce complained in a February 1920 letter to Harriet Shaw Weaver, "many passages are omitted and hopelessly mixed." For the first time, The Little Review editor Jane Heap wrote to Joyce without Ezra Pound as an intermediary, in hopes of persuading him to continue the serialization.

Joyce responded with this March 1920 letter from Trieste, Italy, thanking Heap and Anderson for their crusade to see his book into print, "Many thanks for your kind letter and the friendly appreciation of my writings. I am sorry that they cause you and everyone else so much worry." Joyce's handwriting reflects his progressive glaucoma, which would have a significant impact on the integrity of the text.

Joyce foresaw finishing the work in 1920, however the legal battle surrounding The Little Review serialization would preclude a lucrative U.S. book deal. Ulysses continued to undergo revision and embellishment until its publication in France in 1922.