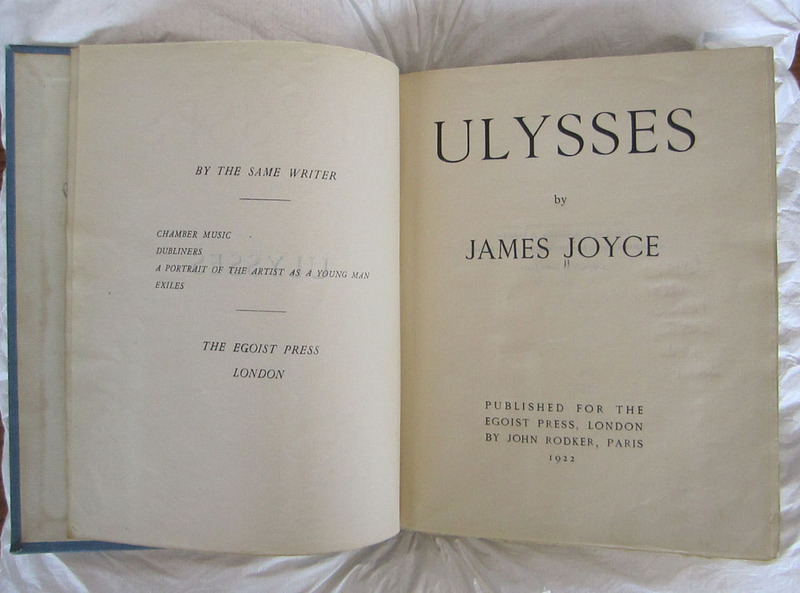 Limited edition of 2000 copies on handmade paper. A longtime Joyce supporter, Harriet Weaver was determined to bring out her own edition of Ulysses. A socialist, she believed that her inheritance, "tainted by usury, was hers in trust," and had signed a sizeable inheritance over to Joyce. She sent Joyce a £200 advance for an English edition, which was published for the Egoist Press by John Rodker of Paris, and printed by Beach's printer Maurice Darentiere from the same plates as the first edition. Rodker laid in eight pages of Errata listing the over 200 typographical errors. Rodker's edition includes the statement, "First published by Shakespeare and Company, Paris: February 1922. Published by the Egoist Press, London: October 1922... The publishers apologise for typographical errors a list of which is appended."

Beach's dire predictions had been correct; the English edition was plagued by censorship difficulties. 500 copies were originally sent to America, but were reportedly seized or burned by U.S. government authorities. Copies of these volumes have resurfaced, however, and it is possible that the books were seized but not destroyed. John Rodker produced a January 1923 run to replace the missing copies, with the limitation notice "This edition of 500 copies is specially reprinted to replace those destroyed in transit to the USA." All but three replacements were burned by English customs authorities at Folkestone. 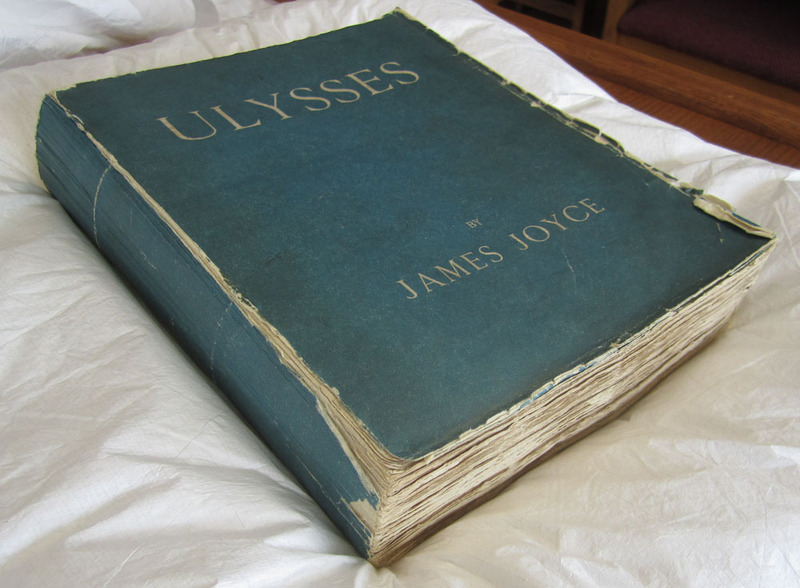 The huge 732 page, 2 1/4 lb. Ulysses was initially issued in fragile blue paper wrappers and mailed to subscribers worldwide. Copies smuggled into the U.S. were labeled as The Complete Works of William Shakespeare.

This English softbound version in blue wrappers is identical to the first edition format. It is quite rare for this format to survive intact, as the flimsy covers do not adequately support the volume's mass, quickly disbinding and falling away from the fragile cords.