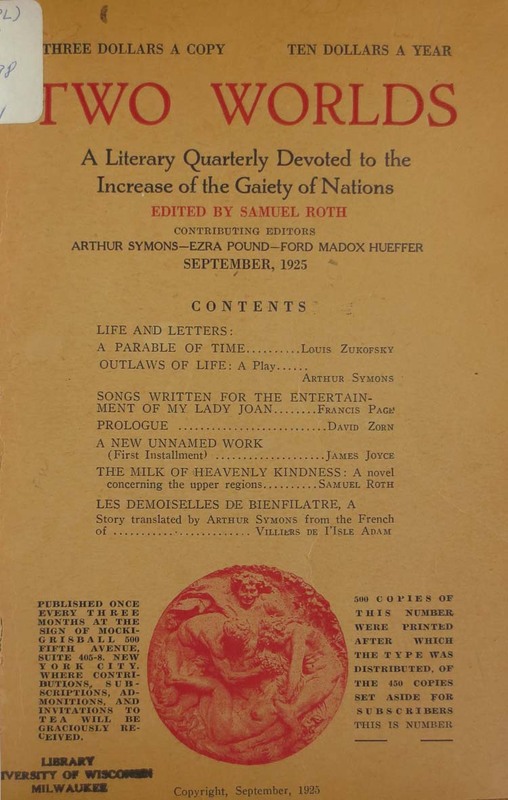 As a banned item, the work fell in a gray area of international copyright law. Publisher Samuel Roth pirated Joyce's works on several occasions. In 1925, he reprinted five installments of a James Joyce "Work in Progress." Ulysses was much in demand in the United States following its suppression, and Roth's Two Worlds Monthly reprinted fourteen bowdlerized episodes in 1926-1927. This entire pirated and mutilated serialization was also issued in two bound volumes with an extra preface by Roth.

An "International Letter of protest," signed by 167 artists and writers, subsequently appeared in the magazine Transition. By the time an injunction was obtained on December 27, 1928, Roth had already ceased publication. Roth also printed a photographic forgery of a Shakespeare and Company edition, complete with a forged Darentiere imprint.