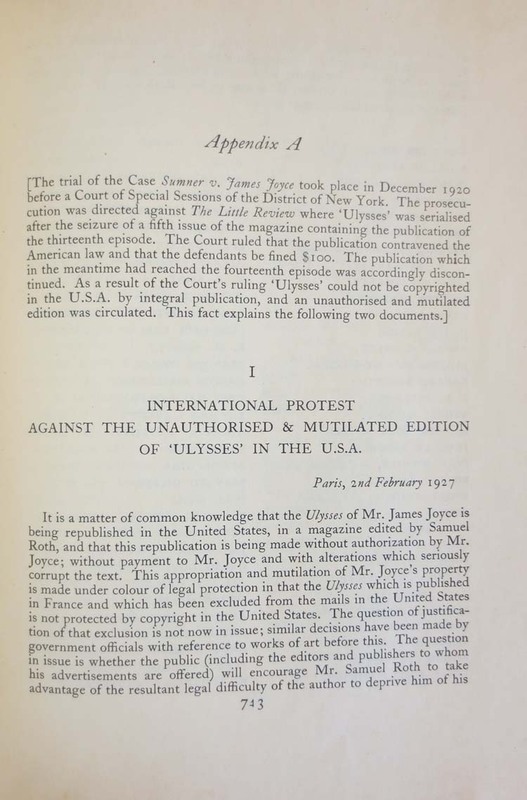 Limited to an edition of 1000 copies. This is one of 900 unsigned copies on japon vellum paper bound in linen buckram. Another 100 copies on mould-made paper bound in calf vellum were signed by the author.

The text is based on the Odyssey Press second impression, but includes many new errors. It is remarkable for its detailed appendices, demonstrating the growth of Ulysses' status as a literary icon, beyond the bounds of Joyce's text. The appendices include a listing of previous editions, the International Letter of Protest over the pirated Roth serialization, the Injunction against Roth, the full Woolsey decision, the U.S. Court of Appeals August 7, 1934 ban repeal, and Morris Ernst's preface to the first authorized American edition.