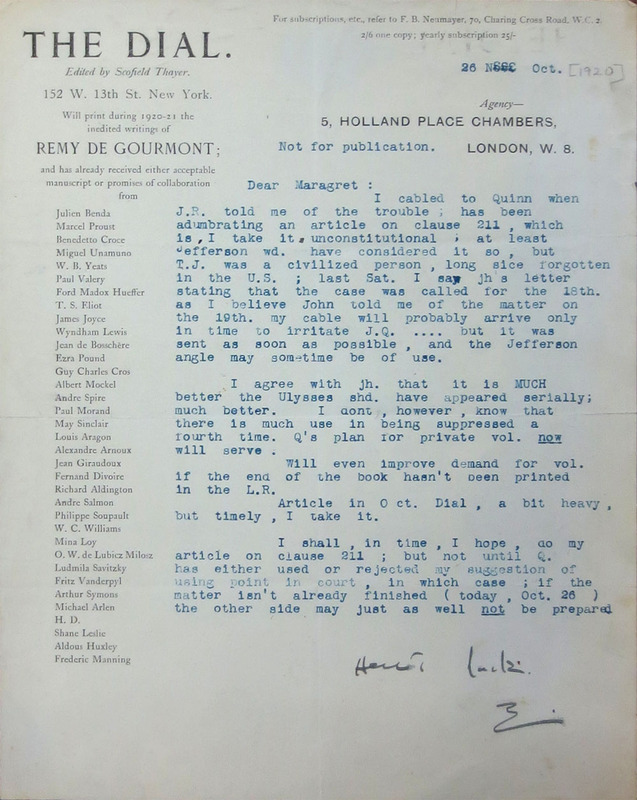 
During its publication of twenty-three installments of Ulysses between March 1918 and December 1920, The Little Review was held up at the Post Office on several occasions: in January 1919 for the first part of Episode VII, "Lestrygonians;" in June 1919 due to the nature of the entire issue including Ulysses; and in January 1920 due to Joyce's disrespect toward the English monarchy. The issue with the "Nausikaa" episode held it up a fourth time, and an October hearing date was set.

Upon hearing of the latest and most ominous legal challenge, Pound wrote this letter to Margaret Anderson on the letterhead of The Dial, another magazine for which he worked as foreign editor. Once a staunch defender of artistic freedom, he joined Quinn in appealing to Anderson to back down from her stand against censorship: "I don't... know that there is much use in being suppressed a fourth time." B.W. Huebch and Boni & Liveright withdrew their offers a short time later.