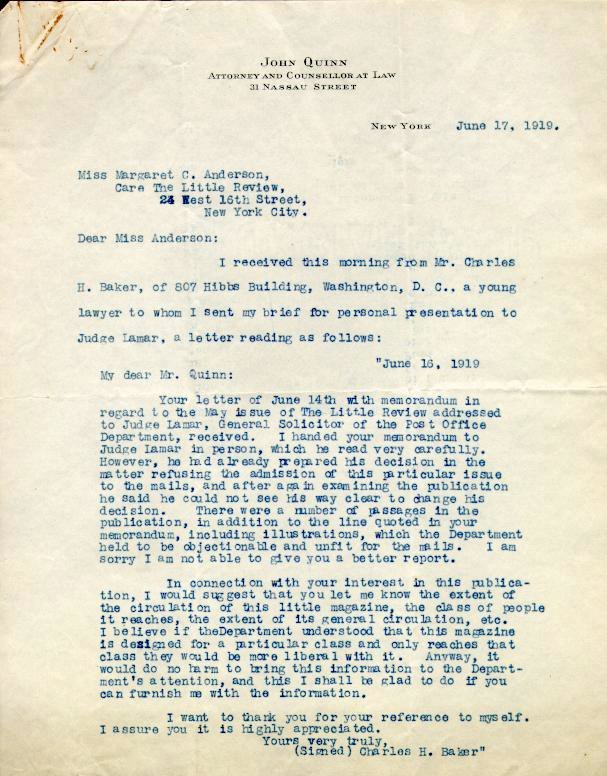 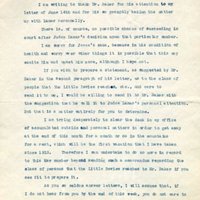 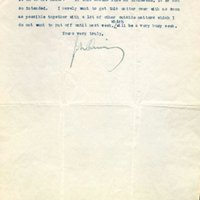 
Although Solicitor W.H. Lamar had rejected Quinn's arguments, he did give Anderson the opportunity to prove the obscurity of her audience. Quinn's growing hostility toward Anderson's legally indefensible stand against censorship is reflected by his growing sarcasm, "as you so seldom answer letters..." To protect his investment in Ulysses, Quinn began an attempt to end the serialization, suspending financial sponsorship of Joyce and Pound and insisting that Margaret Anderson leave some potentially troublesome passages out of her magazine. Quinn wrote to Pound that he didn't "give a curse for The Little Review...[and] wished it would go back to the stockyards where it came from," but thought if the number containing the episode of Ulysses was damned, a lucrative book deal would also be banned. However, Joyce continued to send installments and The Little Review continued its march toward an obscenity trial.