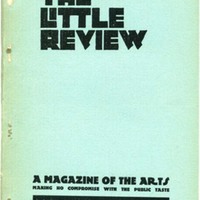 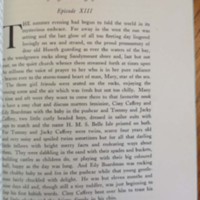 The obscenity issue reached a boiling point in 1920, when the daughter of a New York lawyer received an unsolicited copy of The Little Review containing Ulysses Episode XIII, "Nausicaa." Her father wrote to the District Attorney, who contacted John Sumner, secretary of the New York Society for the Prevention of Vice. Sumner purchased a copy from The Washington Square Bookshop, and subsequently swore out a warrant against its proprietors for obscenity. The exasperated Quinn, still hoping to save a U.S. book publication, agreed to represent the magazine's editors.

Sumner's affidavit maintained the "magazine is so obscene, lewd, lascivious, filthy, indecent and disgusting, that a minute description of the same would be offensive to the Court and improper to be place upon the record thereof." Magistrate James Corrigan read the "Nausicaa" Episode, then bound the case over for Special Sessions, setting bail at $25 for each editor. The final court test was put off to February, 1920.