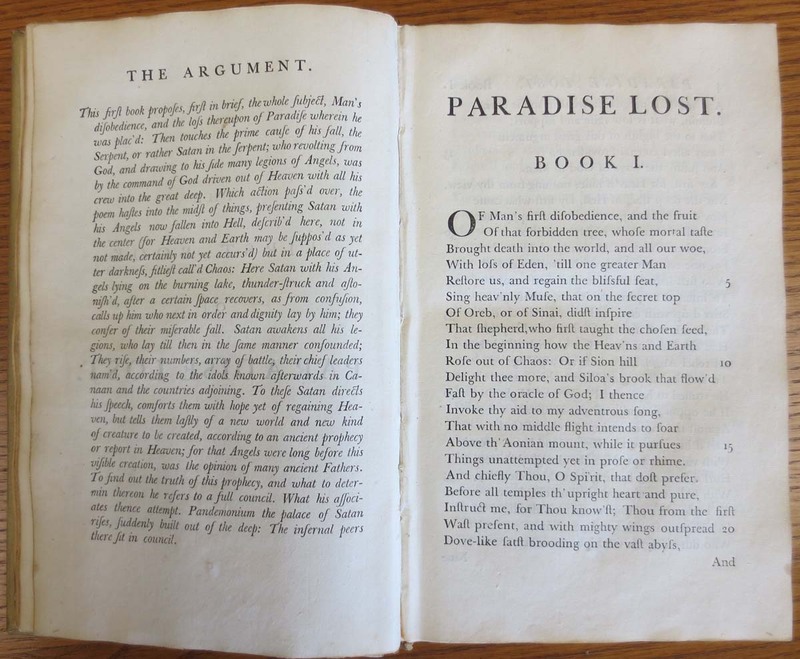 At the age of 44, John Baskerville began crafting his print shop in Birmingham in 1750, but it was not until 1757 that he sold his first book. Baskerville believed very strongly in the quality of craftsmanship of his books. As a result, he spent seven years hand designing a typeface, creating his own presses and inks -- all to standards well above his contemporary printers.

This edition of Paradise Lost, published in 1758, was his second book. It was reprinted twice, first in 1759 and again in 1760. (Special Collections holds all three editions). These books were published by arrangement with the Tonsons in London who received and sold the books.

Baskerville's editions are noted for their high quality and precise craftsmanship, and his Paradise Lost is no exception. What is unique to this edition is his preface, the only one he ever wrote, describing his aims and goals in the field of publishing.

None of Baskerville's editions of Paradise Lost were illustrated.